Plant a tree in memory of Rick
An environmentally-friendly option 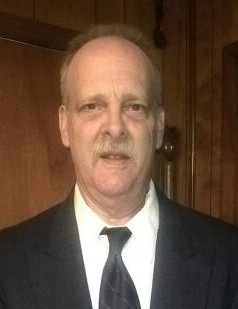 Mr. Rick Alan Robbins, age 62 of Buchanan, passed away on Saturday, April 3, 2021, in a local hospital.  He was born April 11, 1958, in Vincennes, IN, to the late Charlotte and Charles Robbins.  In addition to his parents, Rick is preceded in death by his wife, Lillian "Charlie" Robbins and his brother, Scott Michael Robbins.

Rick was a master sign maker, specializing in neon signs.  He rode with the Legion Riders and was also an ordained minister and a talented musician.

Mr. Robbins is survived by his children: Richelle and Paul Fast of Bemidji, MN; David and Sarah Ravellette of Madison, IN; and Michael Robbins of Buchanan; and his sister, Lisa Carpenter of Westphalia, IN.  He is also survived by his grandchildren: Trevor Robbins, Jackson Rowlett; Elliot Ravellette, and Silas Ravellette; nieces, Crystal Robbins and Katherine Choate; and nephews, Justin Robbins, Kyle Robbins and Brandon Carpenter.

In accordance with his wishes, Rick Robbins was cremated.  A service will be planned for a later date.

Hutcheson's Memorial Chapel & Crematory of Buchanan is honored to serve the Robbins family..

Plant a tree in memory of Rick by clicking here.
To send flowers to Rick's family, please visit our floral store.

A service summary is not available

Plant a tree in memory of Rick
An environmentally-friendly option

Plant a tree in memory of Rick

5 trees planted in memory of Rick

There is 1 photo available in the gallery

In Memory of a treasured classmate who is gone but not forgotten!
North Knox Class of 1976

A Memorial Tree was ordered in memory of Rick Alan Robbins by North Knox Class of 1976.  Plant a Tree

I remember Rick as an example in the church helping to take care of it. I remember him and Lily in the garage making neon magic. I've never seen anything like it and it still awe-inspiring to me today how they made beautiful neon signs together. To me was a little rebel at heart because he always had a little bit of long hair and it looks great when he played guitar.
I was a kid when Rick introduced me to hamburger and rice. I never ate rice but I ate that entire bowl and ask for seconds. Life changing, I've ate rice ever since. Whenever I visited, the Robbins house it was a special place and we have lost a special person. 🌹🎸✝️🕯️ Gone too soon, never forgotten and living on in our hearts. May he rest in peace. 🕊️

Wishing you and your family peace and comfort in this deep sorrow. Love and hugs.
Ginia Weaver

A Memorial Tree was ordered in memory of Rick Alan Robbins by Ginia Weaver.  Plant a Tree

Richelle, you are in our thoughts and prayers during this difficult time.
Ray and Susan Fast

A Memorial Tree was ordered in memory of Rick Alan Robbins by Ray and Susan Fast.  Plant a Tree

A Memorial Tree was ordered in memory of Rick Alan Robbins by Sara Shields Ward.  Plant a Tree

Plant a tree in memory of Rick