Share a memory
Obituary & Services
Tribute Wall
Read more about the life story of Gary and share your memory.

Gary Kinsman Davis, age 75 of Bremen, passed away peacefully at home surrounded by his loving family on Sunday, December 4, 2022.  He was born in Coeburn, VA, on December 22, 1946, to the late Charlie B. Davis and the late Lona Mae Hartsock Davis.  In addition to his parents, he is also preceded in death by three sisters, Pauline Davis, Billy Jean Jones, and Jeraline Lawson. After graduating high school, Gary proudly served in United States Army from 1966 to 1969. He received several commendations including the Vietnam Service Medal with two Bronze Stars, the National Defense Service Medal, the Vietnam Campaign Medal and the Expert M-14 Citation.

After Gary's honorable discharge from the Army, he attended college and worked for many years as a project manager in the tele-communications business.  He was a simple man who believed in hard work. Flying was a hobby of Gary's, but his passion was his family and his church. He was a long time member of the Atlanta West Pentecostal Church and more recently attended the Sanctuary of West Georgia.

Left to cherish his memories are his wife of 56 years, Joyce Sulfridge Davis; his sons, Kenny (Brittanie) Davis of Bremen and Ryan (Bethany) Davis of Carrollton, and his daughter, Angela Davis of Bremen.  Also surviving are his grandchildren, Kiela Davis, Kynslie Davis, Gabe Davis, and Adalynn Davis, two sisters Arlene DePriest of Coeburn, VA, and Wilma Peters of Bristol, VA; his brothers James Davis of Cleveland, OH and Charlie Davis of Kingsport, TN, and a number of nieces and nephews also survive.

The family will host a memorial service for Gary Davis on Thursday, December 15, 2022, at 1:00 PM at the Atlanta West Pentecostal Church, 2960 Skyview Drive, Lithia Springs, GA.

Hutcheson's Memorial Chapel & Crematory of Buchanan is honored to serve the Davis family.

To send flowers to the family or plant a tree in memory of Gary Kinsman Davis, please visit our floral store. 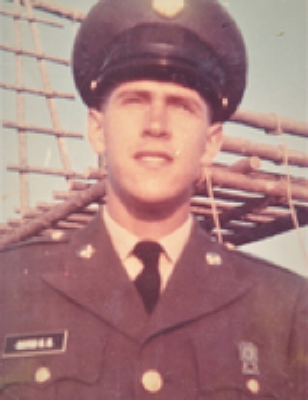 Family and friends are coming together online to create a special keepsake. Every memory left on the online obituary will be automatically included in the book.

You can still show your support by sending flowers directly to the family, or by planting a memorial tree in the memory of Gary Kinsman Davis
SHARE OBITUARY
© 2023 Hutcheson's Memorial Chapel & Crematory. All Rights Reserved. Funeral Home website by CFS & TA | Terms of Use | Privacy Policy | Accessibility